Silver Spoon Catering began selling pre-prepared casseroles and meals in 2011. In 2013, JoCarole took the team in a new direction and began a catering business focused on the meal aesthetic. 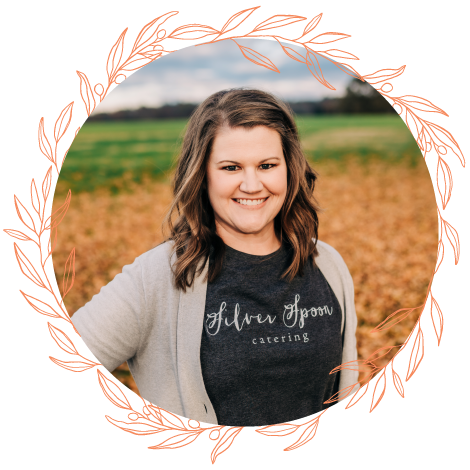 JoCarole Woodall started cooking at the age of 3 with her Mom making biscuits. From that point on she always enjoyed being in the kitchen. JoCarole’s family owned and operated a successful catering business for years and she would often help them during events. JoCarole received her BS Degree in Food Science & Technology with a Concentration in Business/Technology from the University of TN – Knoxville in 2004. Throughout her college studies, she received training in ServSafe, HACCP, Customer Service and Hospitality Management. Upon graduating, she held a position as an intern in the R & D Sensory Department with the Little Debbie Corporation in Ooltewah, TN. She then landed a job as a Food Broker with DeMoss & Associates. After about a year in food sales she shifted gears to School Nutrition and worked as the Assistant to the School Nutrition Director in Franklin County, TN Schools. Within a year she became the School Nutrition Director for Murfreesboro City Schools in Murfreesboro, TN. Two years later she had her first child and decided to stay home and raise a family. However, it wasn’t long before she and a dear friend, Tiffany Vaughn, opened “The Cooks Market” in Decherd, TN serving upscale Southern style meat and three lunches and “350 Degree Meals” to take home and bake. They also catered on the side and thoroughly enjoyed that part of the business. The pair sold The Cooks Market two years later and continued catering weddings and other events under the name Apronstrings. JoCarole took over and re-named the company “Silver Spoon Catering” in 2016 and it’s continued to thrive and grow over the past 3 years. The hospitality business comes naturally to her and she has always enjoyed sharing her passion for delicious food and great service with clients.

Monica is a native of Franklin County, and has her Bachelor’s in Social Work. She has worked wedding/party events since the start of Silver Spoon in 2016 while attending school. After getting married, graduating, and becoming a mother she was given the position of Wedding specialist. Calibrating with brides and being a small part of their special day has quickly became a passion of hers. 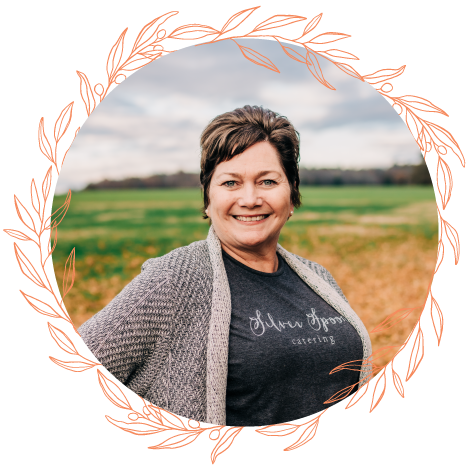 Joy Scott is originally from Collierville, Tennessee.  She graduated from the University of Tennessee with a degree in Transportation/Logistics.  She and her husband moved to the Winchester area a few years ago to be near their grandchildren.  Decorating and orchestrating events seems to come naturally!

We’re always up for a good time.

We always have a licensed bartender on staff to ensure everyone has a great time.

We can’t wait to celebrate with you!